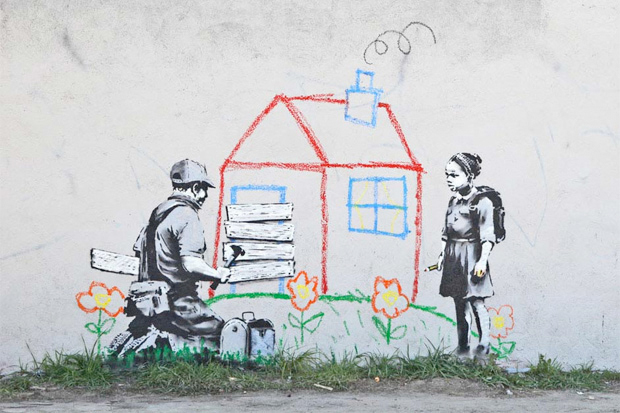 In the past couple of weeks there has been some new Banksy paintings popping up around Los Angeles. Last week there was the stencil of a boy holding a machine gun that shot crayons. There was also the large “Livin’ the Dream” billboard.

Now here’s a brand new Banksy painting in Los Angeles of a young girl standing in front of a crayon drawn house being boarded up.