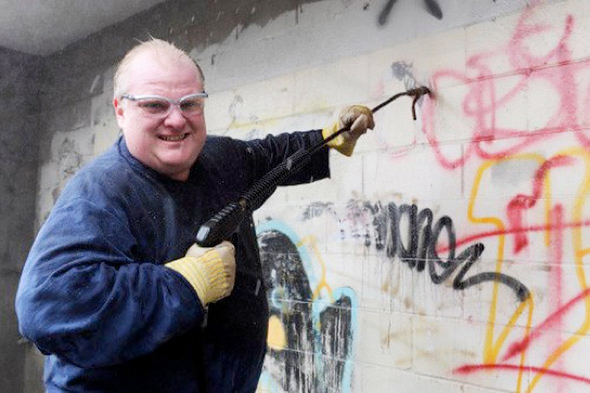 The Toronto Mayor, Rob Ford has been cracking down on graffiti. We’ve seen the result to what the Toronto graffiti writers think of Rob Ford’s crackdown. Yesterday the Mayor held a press conference while he tried buffing some graffiti. Judging by the end photo, he wasn’t very successful.